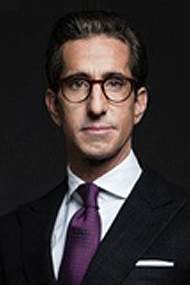 Mark T. Mueller has over twenty-five years of capital market experience at blue chip buy and sell side firms across senior trading and sales positions. He joined KENSTON GROUP from UBS Investment Bank, where he was a Managing Director in charge of the German Fixed Income franchise, based in London.

Prior to joining UBS, Mark spent eight years with Credit Suisse in London and Frankfurt, where he was Managing Director of the German and French fixed income and foreign exchange business. Under his leadership, Credit Suisse became one of the “top four” investment banks in its field.

Before this, Mark served as Head of Fixed Income Sales Germany at Lehman Brothers based in London and previously as a Senior Portfolio Manager at BlueCrest Capital Management.

Mark T. Mueller began his career at Dresdner Bank in Frankfurt, where he became head of interest rate derivatives trading for the Italian Lira, the Euro and the French Franc in October 1992. Mark also visited the MBA Program at the Frankfurt School of Finance & Management. He is a Certified Credit Analyst and visited the FIT Programm at the Haas School of Business, Berkeley.

During his career Mark acted as a trusted advisor to Government related entities such as the German Finance Agency, KFW and the FMSw.

In the recent years Mark focused his efforts on finding solutions for the european Insurance & Pensions Industrie that would allow his clients  to navigate the unprecedented low interest rate Environment.

In addition to his work for the KENSTON GROUP, Mark is also an advisor for Quant Insight, a Fintech start-up.